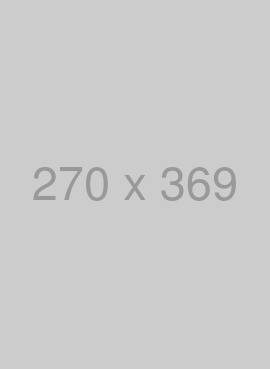 How Our Copper Mugs Are Made

Copper ore is extracted from mines around Turkey and refined during process called Concentrating that removes bits of dirt, soil, and other non-copper bearing materials from the ore. The process of concentration used is known as the “flotation method” which essentially uses air and chemicals to bond concentrated copper to the outside of bubbles which rise through the powered and moistened ore forming copper-rich froth at the top. It is described in greater detail below.

The ore is crushed into smaller pieces with heavy machinery and is then fed through a series of mills to be ground even smaller. The crushed ore is first mixed with water before being fed into a rod mill which uses pieces of steel rods tumbling inside of a large mixer to refine the ore to roughly 3mm sized pieces. From there it will pass through a ball mill, which, you guessed it, uses steel balls in similar tumblers to refine the ore in roughly 0.25 mm pieces.

After the milling process is complete the refined ore is mixed with several chemicals and liquid agents such as frothers. The mix is then poured into tanks where air is injected from the bottom-up. Heavier materials sink to the bottom of the mix while bubbles pumped in from the bottom rise through the mix and are coated by the frothers and a resultant copper concentrate mix. These bubbles, or rather froth now formed on the top, is skimmed off, allowed to condense, and is now a concentrated copper rich material containing roughly 60% pure copper.

Further refinement of the material is made dependent ultimately on where the original ore was mined from and what other desirable minerals it might contain. The last process in this step is typically the removal of iron and sulfur, which is known as smelting.

Flux, a glasslike material, is fed alongside the copper concentrate mix into a furnace. The flux and mix melt together and drain into a tray. The flux bonds with the iron forming a slag while copper sulfide settles to the bottom. The slag is removed from the top. It is reheated and oxygen is pumped in. Further iron is removed in the new slag that is created and the oxygen bonds with the sulfur forming sulfur dioxide which is safely vented off. The remaining material is roughly 99% copper. It is heated and oxygenated one final time in another furnace before being poured into molds, at 99.5% pure now, to form large anodes as it heads into the final electro-refining step.

The 99.5% copper anodes are placed at one end of a concrete tank while a sheet of pure copper (sometimes stainless steel) is placed at the opposite end. The tank is filled with a solution of copper(ll) sulfate and sulfuric acid. A cathode (itself a sheet of copper or stainless steel) is placed in the tank and when electricity passes from the anode through the cathode to the far copper sheet, which acts as the negative terminal, copper is stripped from the anode and deposited on the cathode. Other impurities such as platinum, silver, tin, and gold are insoluble in this solution and therefore will not deposit on the cathode. 99.99% - 100% copper is collected on the cathode via this process commonly known as electrolysis.

The pure copper is collected and taken to a finishing plant in Eastern Turkey where it is formed into rolled sheets and prepped for the manufacturing process.

Our manufacturing facility has been producing fine copper mugs in Istanbul, Turkey since 1960. There are roughly 18 patented steps to produce a single Paykoc copper mug, most of which are trade secrets. The basic process though is as follows: 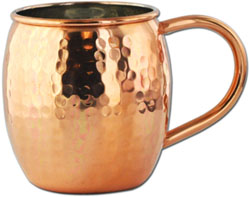 Many different styles of mugs are manufactured in this fashion and are exclusively imported to United States by Paykoc Imports. We distribute the mugs at both the wholesale and retail levels to restaurants, bars, and consumers alike. So the next time you’re enjoying a tasty Moscow Mule in a Paykoc copper mug you’ll be able to appreciate just a little bit more all the steps it took to get that mug into your hands.

Outside of manufacturing there is many different steps you can take to personalizing your mugs to make them more appear to you or your customers. Engraving company logos, family initials, or a custom sentiment is always a popular option. This engraving is completed after the manufacturing with an industrial engraver that consists of either a diamond tip or a laser. We have both machines available at our shop and would be happy to discuss any of your engraving needs. For more information on engraving options available to you click here.